We never know how high we are  Till we are called to rise;
And then, if we are true to plan, Our statures touch the skies-
Emily Dickinson 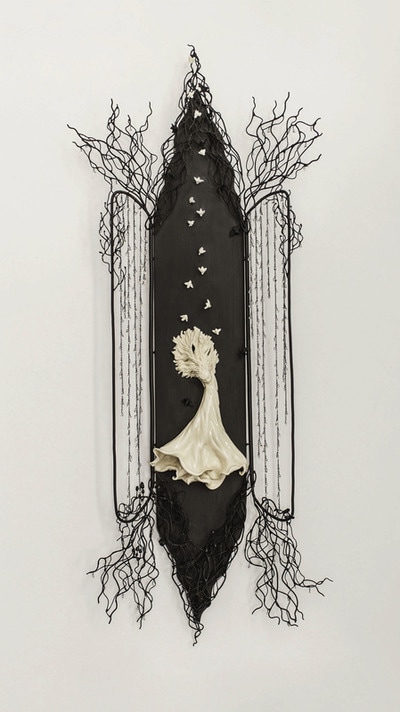 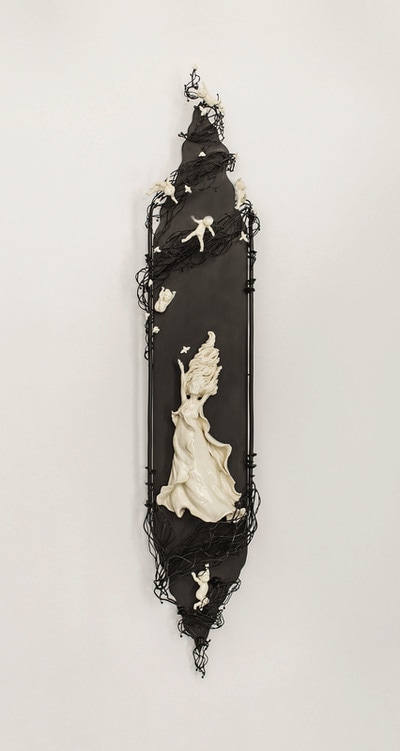 
Believe it or not, the idea of my RISE series began in 2016 during a search for images of neurons.
Their wonderful treelike shapes were an inspiration. I had been thinking for awhile to make a series about our thoughts, how they influence our daily experiences and can alter life itself.  Many of us know so little about the bodies we inhabit, and the thoughts that course through our brain every moment of every day.

I had been trying not to watch the news, but couldn't help hear friends and family despair at
political and environmental events in the world.  My attitude was much different, much more optimistic and my mood much happier. And I found my ideas and others didn't quite synch in this approach. But it was something I couldn't help thinking about, our attitudes as humans and how they change our life.

It is children who come to mind when I think of the most precious expressions of human experiences.
How they can be so free, so optimistic and willing to have good thoughts about just about anyone or anything. In this contemplation I began to sketch ideas that included innocents, reflecting idealistic aspects of our ability to alter our attitudes and thus change life experiences for the better- and the worse.

I began crafting the series in the winter. I used long narrow wood bases to start the scenes in. Copper trees were built over weeks of metal assembly and attached. Meanwhile I had been drying porcelain figures and their dozens of potential elements. Birds, bats, babies, maidens

When assembling the parts together for their final compositions, I used the figures to create an appearance of levitating or drifting just above the earth. Birds free to rise and fly high accompanied my maidens. Hundreds of raindrops were made to grace the forest of neurons.

The final product....wow! I loved them. I could hardly bring them down to the gallery for their show. Even now,
a year later,  I think of my thoughts, I am more aware of them, and how I can direct them to 'rise' above the mirk and the mire.
​
Below you can see a piece made at the same time as RISE, Aquapia. I had applied to be on the cover of our local arts walk and created this work just for that cover and the city of Olympia's collection of art. She is a trifold of local trees and blank spaces of past and future....Rain a most common feature of the northwest is represented in her hundreds of drops. The octopus a fun reminder of the puget sound and its '7 legs'. 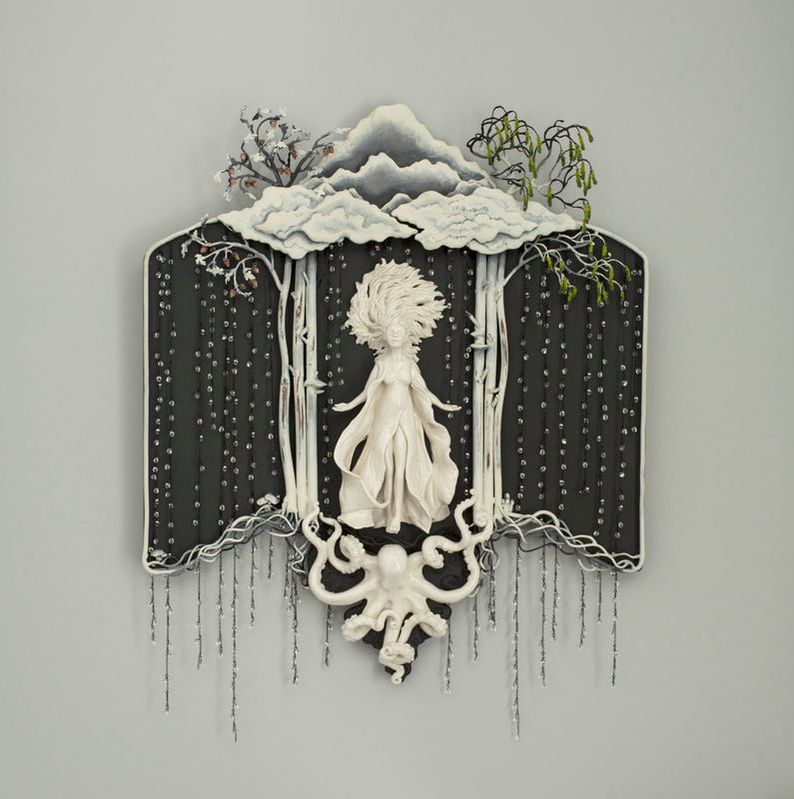 Or go to the Blog on this site 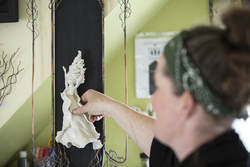